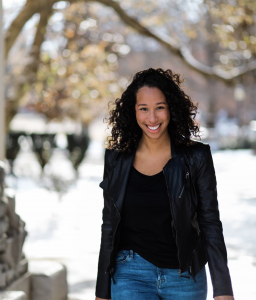 Bailey Synclaire, a first-generation college student from St. Louis, used her degree from Mizzou’s Jonathan B. Murray Center for Documentary Journalism to launch a film career.

“I was lucky to land in reality,” says Synclaire with an unintended metaphorical flourish. “I interned with NBC and Bravo and worked in the reality department. Then I did a summer in Italy, and right after I graduated, I went to work at Comedy Central.”

A 2019 graduate of MU’s Jonathan B. Murray Center for Documentary Journalism and a freelance filmmaker, Synclaire’s path might seemed charmed. But in many ways, she experienced struggles common to most first-generation college students. Those experiences navigating an often uncertain future is one of the reasons she jumped at the chance to work on Cusp — a documentary about navigating teenage life in Texas and an official selection for the 2021 Sundance Film Festival. Synclaire is the film’s associate producer.

“When the pandemic hit, I stopped working at Comedy Central,” she says. “I felt lost, then a couple months later this opportunity came along.”

Synclaire’s associate producer duties include talking with lawyers, wrangling music licensing and handling purchase orders, among other things. Attending the Sundance Film Festival — which, like so many events during the pandemic, will be a hybrid of digital and in-person events from Jan. 28–Feb. 3 — is a dream come true for Synclaire.

Synclaire’s gratitude for Mizzou’s TRiO Student Support Services program cannot be understated. TRIO Student Support Services is a federal program designed to help students from underrepresented groups meet the academic, financial and social demands of a college education and has been continuously funded at Mizzou since 1976. This past summer, the program renewed its federal funding with a $3.6 million grant to be paid out over five years. For Synclaire, the friends and mentors she met through TRiO pushed her to succeed and excel.

“I joined the TRiO Freshman Interest Group and never looked back,” says Synclaire. “Having access to the great tutoring, and having a place to go where everyone knew my name, made everything a little easier. And [TRiO Student Services Coordinator] Lisa Scheese was like a second mother to me.”

In addition to studying at Mizzou’s prestigious documentary institute, Synclaire attended the National Student Leadership Conference in Orlando, Florida — courtesy of funding from the TRiO program where she was a featured student speaker — and also interned at a production company in New York. 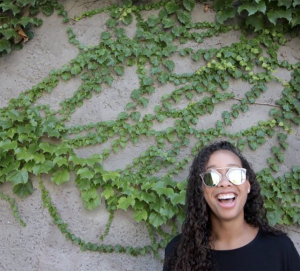 “Bailey is an amazing person and one of the most memorable students I have ever worked with in my 19 years in higher education,” says Scheese. “She came in with a goal to work in an industry that is difficult to break into, but she knows who she is and understands the level of work required to accomplish her dream. From the beginning, Bailey was fearless in building a network and seeking out opportunities inside TRiO and on the campus at large.”

“It has definitely been a blessing to have jumped on this project during this time,” Synclaire says. “I didn’t think I would be going to Sundance until I was like 30 years old — and most people don’t get there at all.

“I wouldn’t be where I am today if I hadn’t attended Mizzou. I can say that with 100% conviction.”